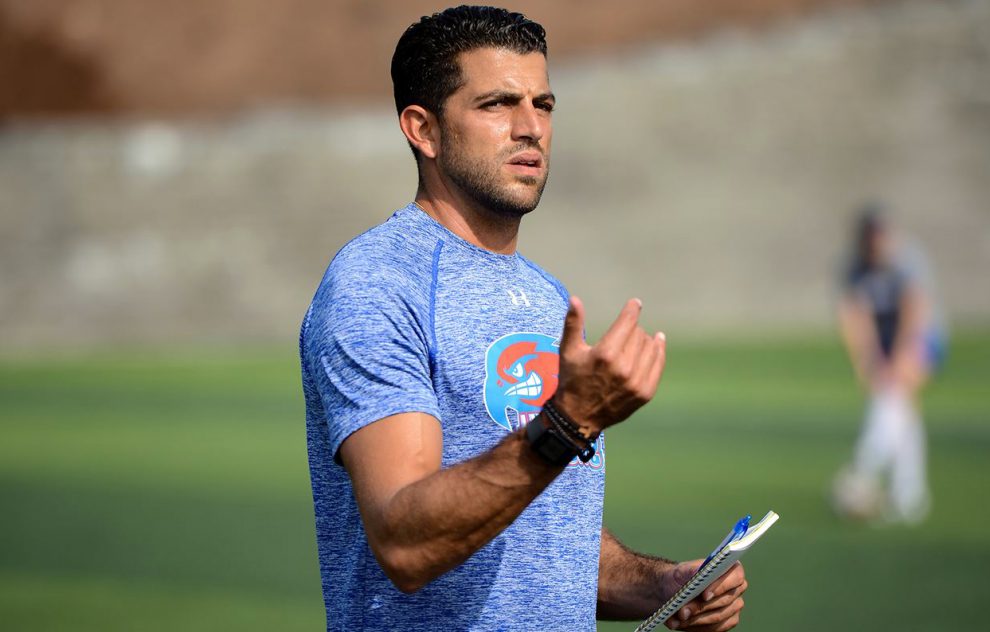 A native of Springfield, Massachusetts, D’Agostino now resides with his wife Taia and son Sonni Giuseppe in Winthrop.

In 2014, Francisco D’Agostino Casado moved from playing to coaching and was hired as an assistant for the UMass Lowell men’s soccer program alongside Bob Thompson. In the River Hawks transition to Division 1 in 2016, D’Agostino helped guide men’s soccer team to its best finish in program history with a 13-1-2 record.

“I am very excited for this opportunity and I can’t wait to get started,” said Francisco D’Agostino. “This has been something I have wanted for a while, to have my own program and start it with some of the people I have always talked about beginning a program with. I have to thank Christian (Figueroa) and Bob (Thompson) for the experience and success we had in the men’s program that got me to this point. I would also like to thank the hiring committee, as they were very clear with what they expected and provided me with an opportunity to showcase what I can do. I am excited to get it going.”

Always looking forward, D’Agostino became the Head Coach of UMass Lowell women’s soccer team, leading the program to its best finish since joining Division I in 2013. Although D’Agostino joined Harvard, the River Hawks continued on the path of success that D’Agostino put in motion and made it to an America East Conference final for the first time in history that same fall season.

A four-year member of the James Madison University men’s soccer team and a co-captain in 2008, D’Agostino played on highly competitive teams that were consistently in the Top-25 polls and ranked as high as No. 6 in 2004. His playing experience continued after college where he reached the semi-professional level in Italy, suiting up for Virtus Bitritto (2013), Melphicta Calcio (2012) and Molfetta Sportiva (2010-12).

About Francisco D’Agostino and Umass Lowell