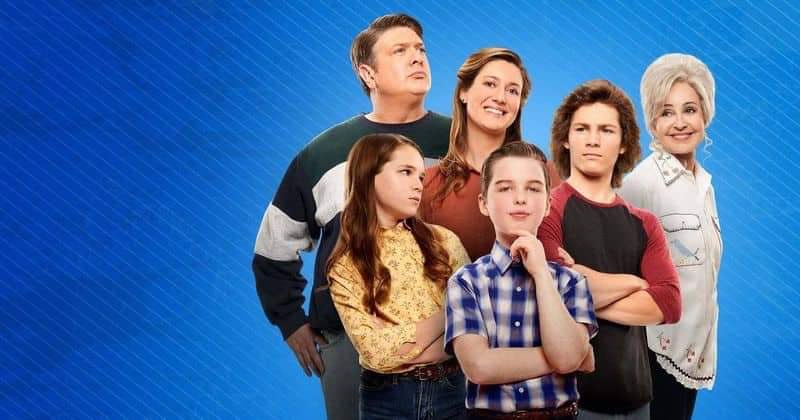 Fans of The Big Bang Theory didn’t even have to wait for the comedy series to end before they were treated to a spinoff, as Young Sheldon debuted in 2017 and is now in its fifth season on CBS.

The Big Bang Theory producer Chuck Lorre is once again behind this prequel series, along with Steven Molaro, who worked on The Big Bang Theory as a producer essentially from the beginning. While switching from a multi-camera sitcom to a single-cam format, the pairs’ history with the original show has helped Young Sheldon keep the thread of The Big Bang Theory, and particularly the character of Sheldon Cooper, while establishing its own identity.

Here is everything you need to know about Young Sheldon season 5.

What’s the episode about?

The premiere episode, “One Bad Night and Choas of Selfish Desires,” will follow Sheldon and Missy as they run away from home, per the show’s official logline. Additionally, Sheldon’s mother Mary gets some bad news about her husband and the father of her children, George.

When does ‘Young Sheldon’ air?

In addition to airing live Thursdays on CBS, Young Sheldon will also be available to watch or stream on-demand the day after the latest episode airs (in this case Friday) on Paramount Plus.

How to watch ‘Young Sheldon’

Young Sheldon airs live on CBS, which means that it is easily available to viewers with a traditional cable/satellite pay-TV subscription, as all providers offer the four major networks (including CBS) as part of their base package. Anyone still using a TV antenna should also be able to easily watch Young Sheldon, as they can receive their local CBS stations through an antenna.

Those are the old school (but still effective) ways to watch. Newer live TV streaming services are also options for being able to watch Young Sheldon live, as Fubo TV, Hulu with Live TV and YouTube TV includes live local stations to subscribers. You can also stream Young Sheldon live if you are a subscriber to Paramount Plus’ $9.99 per month subscription plan, as it includes access to local CBS stations (the $4.99 plan does not).

If none of these options are available to you, you can still watch Young Sheldon live if you use a virtual private network (VPN). A VPN is designed to route network traffic through a specific set of servers in a specific country, allowing viewers to watch content on an encrypted feed over a computer.

Of course, you can’t always be in front of your TV to watch a show live, so how can you catch up with the latest episodes of Young Sheldon? If you’re a Paramount Plus subscriber (either subscription package), new episodes will be available to stream on the service the day after they air on broadcast.

If you want to watch previous seasons of Young Sheldon, HBO Max has seasons 1-3, while Paramount Plus features the most recent episodes from season 4.

What channel is CBS on?

You can find which channel CBS is on by using the channel finders here: Verizon Fios, AT&T U-verse, Comcast Xfinity, Spectrum/Charter, Optimum/Altice, DIRECTV and Dish

Where can I watch ‘Young Sheldon’ if I don’t have cable?

You can watch it on Paramount+, the streaming service for all of your favorite CBS, BET, Comedy Central, Nickelodeon, MTV and Smithsonian Channel shows. You also get access to live sports, breaking news and Paramount+’s exclusive library of original content. You can also watch it on goflix.

How to Watch Young Season 5 Online Full On Netflix?

If you are looking for an exciting online platform to watch your favourite Tv Series, then Netflix is the best option. You can enjoy watching Young Sheldon full episodes on this excellent streaming platform. With just a single click, you have access to all the latest series of your favourite Tv shows. This article will help you in knowing how to watch Young Season 5 full episodes on Netflix.

If you are planning to watch Young Sheldon season 5 full episodes, then the first thing that you need to do is to create a Netflix account. This account will enable you to access all the latest updates and entertainment content after creating your Netflix.

No. HBO Max is not releasing Young Sheldon Season 5 yet. But they did release the first four seasons so that you can catch up on all of them! And if you’re in the mood for something else, don’t worry – they’ve got you covered there too!

How to watch Young Sheldon Online Free on Fubo Tv?

Young Sheldon Season 5 is available for streaming on Fubo TV. The CBS All-Access show is going to be a treat for all the fans of Young Sheldon. Sit back and enjoy season 1 with popcorn ready as you won’t have to worry about a subscription or to pay anything extra for this one.

The story follows the life of Sheldon Cooper at age 9, living with his family in East Texas and attending high school. “Young Sheldon” takes place before the events of “The Big Bang Theory”. The series was picked up for its first season in May 2017, with the show premiering on TV in September of the same year.

You have two options to watch Young Sheldon Season 5 on Fubo TV. You can either go through the on-demand library or live stream it online.

Claritox Pro Review: Is It Really What It Claims? Find Out Now!
Michael Kane (Boral Ret.)on How Low-Carbon Siding Helps the Environment
Comment