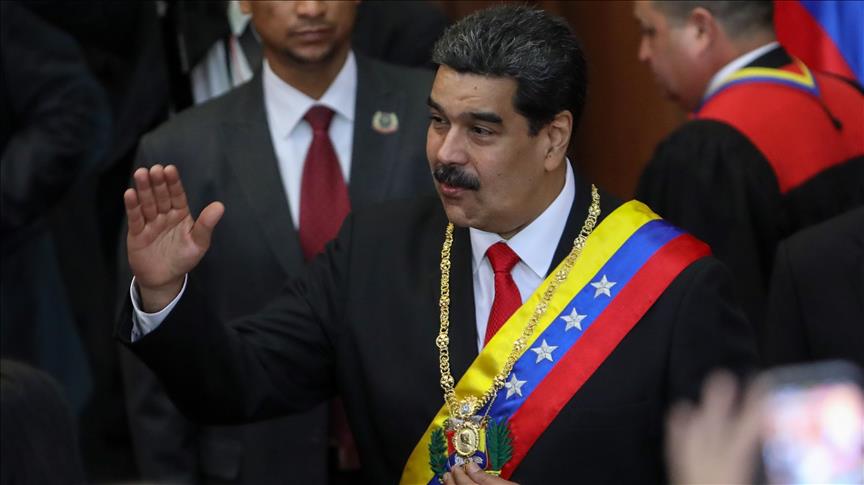 The US Treasury wants to further increase the financial pressure on the Venezuelan leader Nicolas Maduro. The benefit should be opposition leader Juan Guaidó, who had proclaimed himself head of state on Wednesday. The head of the Venezuelan parliament had been recognized by some countries such as the US as interim president.

“US will take economic and diplomatic action to ensure that Venezuelan government’s economic transactions, including those involving state-owned companies and international reserves, are compatible with this recognition,” the US Treasury said. However, there was no question of freezing Venezuelan funds and accounts in the United States.

South American country is all about oil. The US refining company Citgo belonging to the state-owned Venezuelan oil company Petroleos de Venezuela (PDVSA) is the property of Venezuela, President Maduro said in Caracas. The country would continue to sell oil in the US.

Guaido wants to win the power struggle with Maduro on the street. For next week, the opposition leader announced another mass demonstration. “We’re back on the road, and the road is clear: the end of usurpation, interim government, free elections,” he told rejoicing supporters at a rally in Caracas.

He was only willing to negotiate with Maduro’s socialist government under certain conditions, Guaidó said. “No one is available for a false dialogue.” It is discussed only about the end of the unlawful seizure of power and free elections.

Maduro, however, renewed his offer of talks. “I’m ready for dialogue,” he said. “I stay to my word.” Mexico had previously offered to mediate in the crisis in Venezuela. Guaido called on the military to support the opposition. “Soldiers, stand on the side of the Venezuelan people.” He admonished his adherents to unity. “The regime wants to sow doubt and drive a wedge between us, but we are stronger than ever,” he said.

In addition, Maduro announced the deployment of Foreign Minister Jorge Montserrat to a UN Security Council meeting in New York. The UN Mission of Venezuela sent a letter to Dominican Ambassador José Singer, whose country holds the Presidency. It was requested that Montserrat be added to the list of speakers.