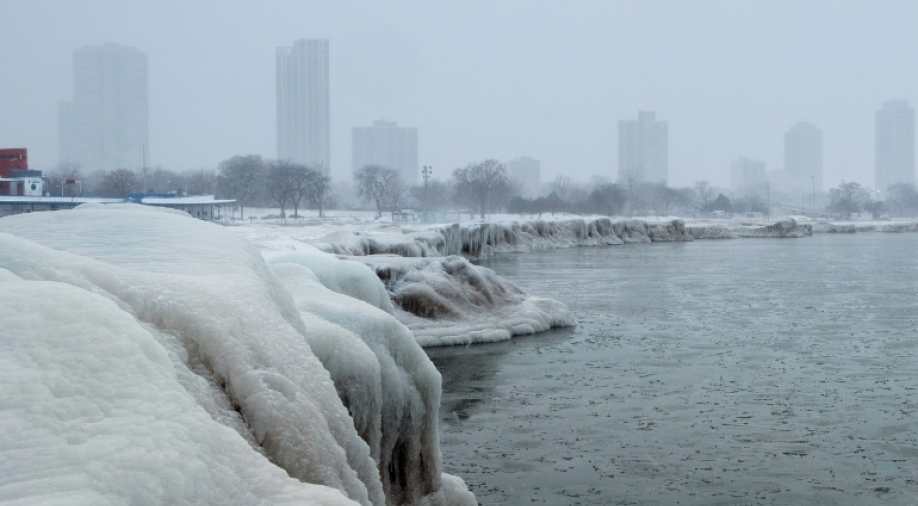 The cold has a firm grip on the Midwestern United States. People are trying to get to safety. Affected are 22 states, including North and South Dakota, Nebraska, Iowa, Illinois and Wisconsin, including major cities such as Detroit or Chicago.

She could not feel her hands, a woman in Chicago said it was unbearable and dangerous. Another woman complained that it was hard to breathe. It affects her lungs.

Temperatures are breaking records in some places it is colder than in Antarctica. In Fargo, North Dakota, minus 35 degrees Celsius were measured, in Minneapolis minus 32 degrees. If you take the wind, it can be even colder.

Doctors warn: Only a few minutes in the cold air can be dangerous. Indianapolis MD, Matthew Connelly, has listed the potential implications of “deafness, discoloration of the fingertips or nose.” Long-term effects could be chronic discoloration, and even amputations – as scary as that. ”

That’s one reason why US Post has stopped delivering in some states. Schools and universities are closed. At the Chicago airport alone, over 1000 flights were canceled. The conditions for the staff on the tarmac are tough, so it takes longer, said an airline spokesman.

In the greater Chicago area on some routes, the train service was discontinued. On many roads there were pile-ups. Several governors declared the state of emergency, as did JB Pritzker in Illinois. “This storm is a serious threat to people everywhere in our state,” he said. “That’s why I declared the state of emergency so that we can use everything to protect our citizens.”

In particular, homeless people are in the picture: cities are sending stripes in search of people who are still persevering outside. In Chicago, the city set up buses for all those who did not want to go to emergency shelters. In Detroit, homeless shelters are at their limit. In many places help parishes.

US media reported after the freezing Wednesday of eight dead in connection with the cold snap. In Chicago, for example, a man was hit by a snowplow, in Milwaukee, a man collapsed on snow shoveling and died.