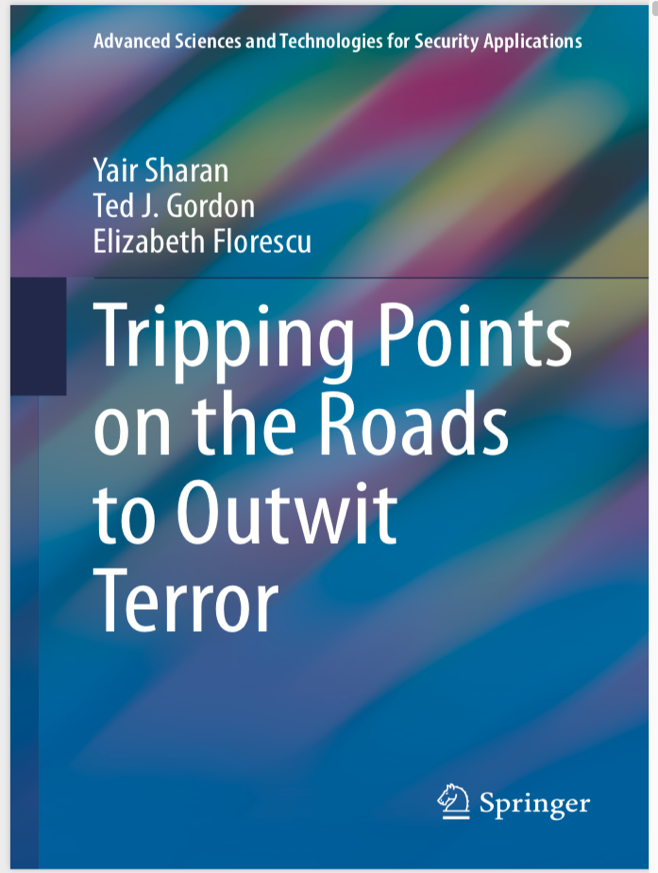 The drumbeat of terror resonates everywhere; how can it be stopped? What are the tripping points along the road and how can they be avoided?

The chapters in this book describe the technological and policy landscape from the perspective of those who would do us harm and also from the perspective of those who work to anticipate and prevent that harm. The landscape ranges from genetic technologies to tools for counterfeiting truth, from new forensic techniques to covert war, from the lab in Wuhan to amateur genetic manipulation. Each chapter examines potential developments that may affect the power, reach, or stealth of terrorism and how those same technologies may help identify and capture those people and groups with potential mal-intent.

The possibilities for disruption and for detection are accelerating in opposite directions and create the tension that makes this book important.

This book also describes some unexpected, random-appearing successes and failures of policies designed to counter the evolving terror threat.

The book includes 24 imaginative fictional scenario vignettes, designed to give the reader a realistic but perhaps unexpected perception of a future threat (on the next pages we present a vignette example: a hypothetical ransomware attack conducted via the Internet of Things).

The combination of positive and negative implications of emerging technologies describes what might well be one of the most important dimensions of our common future. 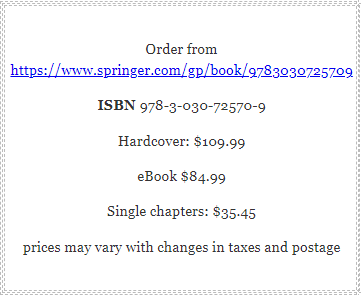 Example of One of Twenty Scenarios: The Protection Racket

It was forecasted to be the hottest day of the year. The city was just waking up to unexpected chaos. The Philadelphia Inquirer morning edition had a headline that read: “Philadelphia Refrigerators and Freezers Held Hostage; Food Spoiling; Stench Over the City.” The newspaper’s report read as follows: “The Internet of Things (IoT) now has well over 100 billion ‘things’ interconnected. From heart pacers to automobile engines, from skyscraper elevators to fire trucks, ‘things’ now talk to each other and bank their data in data vaults that were presumed to be impenetrable. But yesterday it became clear that the vaults had been penetrated: none of the refrigerators or freezers that had been connected to the IoT in the city was working. Milk was spoiling, fish was rotting, medicine that was supposed to be refrigerated was warming and loosing potency, frozen embryos were of uncertain vitality. According to the Federal Bureau of Crypto Security the digital instructions to shut down were coming simultaneously from 1,000 sources in Asia and the Middle East…

The ransom note was solicitous. It was received at about 1523 GMT on Twitter; it read, “Greetings Esteemed Philadelphians: we have taken the extraordinary step of protecting the turn–on commands of your cooling devices by encoding them with an unbreakable quantum–based coding system. We are offering you the one–time opportunity of protecting all of your online refrigeration appliances. This is not a matter of ransom—that would be quite illegal; it is an offer of protection services. For a small price, we will remove our crypto safeguards and your refrigerators and freezers will again function. In addition, we will provide firewalls that will guard against similar intrusions in the future. We can’t guarantee that your freezers and refrigerators will work forever—after all, they are mechanical systems—but we can provide protection against other cyber pirates. We are making this offer to individuals, not government or corporate entities; just pay using bitcoins if you wish, or credit cards on our website. You will find a complete explanation there on how to move forward with the modest bitcoin payments.”

In a hastily assembled news conference held about three hours later, Mayor Marie del Norte said: “We have seen this kind of thing before, but never at this scale. Nations have unleashed destructive computer systems like NotPetya and WannaCry to tie up data and facilities in other countries in a new kind of warfare, with some success in creating chaos, I might say. Ransomware cyber–attacks directed at municipal systems have occurred in Baltimore, Atlanta, San Francisco, Cleveland, and Albany. Louisiana declared a state of emergency after a ransomware attack. Two years ago, 20 small towns in Texas had to respond to a spate of ransomware attacks that tied up their municipal computers by denying them access to their own files until a ransom was paid. This is extortion. One ransomware–for–hire operation announced that it was retiring, not because the police were closing in, but because they had made so much money there was no need to continue”.

“We are dealing with something different now in this IoT attack on our refrigerators and freezers: it is not municipal systems that are being kidnapped. Here the crooks have gone directly to the consumer. I know that the ten dollars per month they are demanding to unlock and ostensibly protect your refrigerators and freezers is a small sum but where will it end if we concede? The slope is slippery. Will our TVs be kidnapped? Will our voice assistants no longer recognize us? Will our emergency lines no longer function? Will our schedulers scramble our appointments? Will our personal school and health records be erased?”

“Because of this uncertainty, I have today requested at the Federal Emergency Management Agency (FEMA) to provide our city with the emergency refrigeration trailers. If things go as planned, by tomorrow there will be refrigeration trailers in all high school parking lots in the city. You will be able to pick up Styrofoam containers to transport food and medicines that need to be cooled. I have ordered five million of them. We will provide guards to ensure that your material remains private and available only to you.”

“You are, of course, free to pay the $10 per month demanded by these thugs. In the old days this used to be called ‘the protection racket.’ Then thugs would come to bodegas and other small stores and offer ‘protection’ for fees. Those that refused might find their shops burned or robbed or end up with a broken arm or rib. What we’re seeing now is just another form of that old protection racket. Comply if you must, but rest assured we are on the case.”