NEW ORLEANS, United States, Sep 28 2021 (IPS) – The global food system needs a massive overhaul – this was clear before the Covid pandemic and it is even more true today.

Feeding the world in a sustainable and healthy way is entirely possible but it is also inextricably linked to tackling the climate crisis by reaching net zero emissions, and to halting the dizzying decline in bio-diversity which is currently threatening the survival of one million plant and animal species. 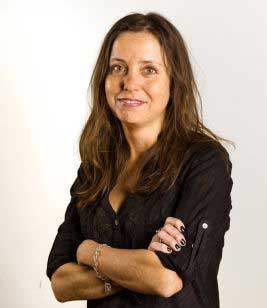 And yet nearly two years after the onset of the pandemic, collectively we are acting as if we are unaware of lessons learned or, in worst cases, turning our backs on them. We can’t pretend that it is possible to go back to normal. That ‘normality’, at least for the better-off, papered over the cracks in reality.

That reality, exacerbated by Covid-19, is a looming global food emergency, triggered by a combination of climate extremes, economic shocks of rising food prices and joblessness, as well as protracted armed conflicts.

The UN is warning that this year 41 million people across 43 countries are at imminent risk of famine. This compares with 27 million in 2019. Famine-like conditions are worsening in Ethiopia, Madagascar, South Sudan and Yemen.

More people are dying of hunger around the world each day than from Covid.

On the climate front, greenhouse gas emissions are rebounding after a relatively short hiatus caused by economic slowdowns, reaching new highs in 2021.

Transforming our food systems is thus not just about feeding people. Production and transport of food accounts for about a third of all greenhouse gas emissions. Industrial animal agriculture and increased mono-cropping with over-use of pesticides and fertilizers are major drivers of biodiversity loss.

The UN Environment Program has recently issued its damning analysis of the industrial food system, with low retail costs in developed countries obscuring the massive damage caused to the environment, as well as epidemics of malnutrition and obesity and increased transmission of diseases between animals and humans.

We have to feed the world equitably in a sustainable way. Science, technology and more efficient market mechanisms are just one part of the solution. The greater challenge lies in addressing genuine land and agrarian reforms. Often it is the industrial food system and the corporate sector that holds the rights over the use of land, water, crops, plants and seeds – not those who produce and consume food.

Small farmers, pastoralists and indigenous peoples must be heard and respected, and the injustices of land grabbing must be reversed. Truly regenerative and restorative food systems cannot leave these people behind. Women, who produce much more food than recognised, and youth who struggle to access land need political empowerment.

The pandemic that has disrupted global food production has disproportionately affected women farmers and food producers who were already excluded from full participation in agricultural development. Food policies must not be gender blind and the needs of women should be at the forefront of responses to mass disasters. Imagine the changes that could really happen if we had women farmers running municipalities, towns and even countries.

Even during the depths of the pandemic, the threat for many people of poor nutrition and inadequate food was caused by loss of incomes and livelihoods, not shortage of food itself. But economic insecurity goes hand in hand with the climate crisis.

The world is facing radical choices. This decade must be one of decisive action as we strive to meet the UN Sustainable Development Goal of Zero Hunger by 2030. New powerful and all-embracing alliances are needed to avoid a silo mentality that divides issues and communities. Governments, companies, institutions and citizens have to come together to reset food systems.

As members of civil society we have a responsibility to carry over the positive elements of the UN Food Systems Summit held in New York last week and make up for its deficiencies too. The issue of food must be addressed at the UN COP26 climate talks in Glasgow in November and again at the UN biodiversity summit in Kunming next year.

We are on the cusp of a new era. The warning signals on climate, biodiversity and food crises have been repeatedly and clearly flagged by experts. If we have the individual and collective courage to act then our decisive responses to the pandemic can soon set us on the way to a more healthy, sustainable and just food system.

Danielle Nierenberg is co-founder and president of Food Tank, a nonprofit organization focused on building a global community for safe, healthy, nourished eaters.

From BattleLab to the Battlefield Atreides develops one of the winning solutions, as part of Army & Adarga Hackathon, to be rapidly tested in real-world environment
3D Printing Software Market is Going to Boom with ZBrush, Trimble, Autodesk, Sylvain Huet
Comment