— The pandemic may lead to food shortages in Central America —

MIAMI, FL – May , 2020 – (LATINX NEWSWIRE) – The fallout of the COVID-19 public health and economic crisis reaches far and wide. Mass forced lockdowns and stay-at-home orders have forced many paycheck-to-paycheck workers to food banks and government assistance that is coming too slowly.

But that also means they can’t help their families abroad.

While the number of deaths from COVID-19 continue to grow in the U.S., there is a real and present danger that people in Central America, particularly, will die from hunger — not the virus — as a result of the pandemic.

Tengo La Corona, by Washington D.C. artist Annonimo, aims to bring attention to the pending “hungergeddon” that could be facing Central Americans if the downward trend continues.

“I owe January, all of February, the rent’s a-waiting and everyone is ailing. I got canned, ain’t hiring labor hands, my mom calls cuz she got a visit from the gangs,” he raps in Spanish in a song that echoes what many people living through the pandemic are experiencing right now. And it goes dark, talking about people who might think about committing a crime to pay rent and eat. 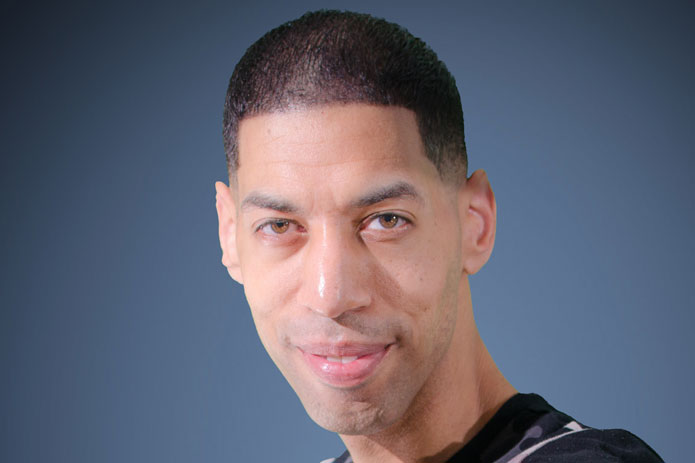 According to Central Bank Data, remittances to Central America can be as much as 22% of the total GDP in El Salvador, with Honduras and Guatemala not far behind at 20% and 12%, respectively. Virtually 100% of all wheat consumption in Central America is imported primarily from the United States, according to the Food and Agriculture Organization of the United Nations. Those countries rely heavily on food imports from the U.S. for their basic staples.

But now that the U.S. food supply chain is facing unprecedented challenges and plants are shutting down — causing food shortage concerns in the richest country in the world — the people of Central America are in danger of going hungry. While under quarantine Andrea Aguilar, another of the song’s vocalists, said the situation in Guatemala was critical.

As the chorus says, “I have the corona, and I don’t care anymore, I have bills and more, you’re going to pay it for me.” Corona is a double entendre, because it also means crown in Spanish. The song has parts in both Spanish and English.

Some other Latin Urban artists such as Bad Bunny and Anuel AA have songs on the quarantine about passing the time, but this is the first to use the genre’s violence hyperbole and hyper beat to highlight the social issues and circumstances that create an even wider socio-economic COVID-19 divide between the haves and the have nots.

“I want people who are in this situation to know that they are not alone,” said Annonimo, aka Richard Nivar, who has worked in radio since he was 17 and has helped produce music for other artists. “They are not the only ones going through the frustrations. We identify with them. We are all going through this together. And that can help them know that their thoughts are not crazy.”

He doesn’t expect or encourage anyone to actually rob a liquor store or rob Donald Trump to feed their kids.

“But it’s okay to think this way as long as it stays a fantasy. You’re not the only one,” he said.

Annonimo, 36, is working on his first album. But he wrote Tengo La Corona when he started to see the stories of his friend’s families on Facebook and decided to release it first, while he can still make a difference.” It’s relevant. There is no time to wait. The need is now,” he says.

“I live in Maryland where there are super long lines for food giveaways. Everybody lately can’t work,” Annonimo said. “They can’t pay their bills. Imagine in Central America, where they have more strict measures. Forget if you’re a day laborer or sell tortillas on the corner. You can’t do anything.”

The song features his brother, Miami’s EMB, and Andrea Aguilar, a professional singer in Guatemala — all of whom recorded their parts while quarantined at their respective homes. “There are many people here who now have no jobs and don’t have money to buy food or even masks,” Aguilar says from Guatemala City.

All three artists hope the message they send with Tengo La Corona is that the danger of the pandemic is not only death from the virus, but death from hunger and need.

About Annonimo
Richard Nivar, also known musically as Annonimo, was born in Cleveland, Ohio, where his parents migrated from the Dominican Republic. During his teen years Richard was TV Producer and Editor for a small local Miami television show titled “Gozadera” hosted by his late brother Julio Jr, a well-known South Florida radio personality at the time. As an adult, he was a radio producer at both Spanish Broadcasting Systems in Miami and, later, SiriusXM Radio in Washington DC. In his spare time, the father of two has worked as a producer for a number of independent Latin American artists. For more information about Annonimo, visit https://www.annonimo.com/ or contact [email protected].

What’s That? Spotting Skin Cancer Early Can Save Your Life
Music Inspired by the Compassion and Hope of Hospice is Recorded by Nashville Artists
Comment