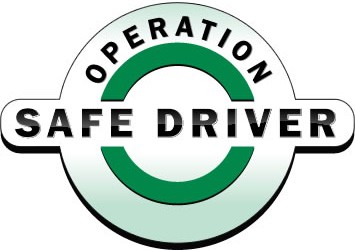 The pandemic and quarantine have given rise to a new reliance on delivery, and commercial drivers are becoming increasingly busy. Commercial driver safety is extremely important, especially in a time where the demand for ground transportation of mail and other necessities appears to be at an all-time high. Operation Safe Driver is a program designed by the Commercial Vehicle Safety Alliance (CVSA). It serves five regions that span North America and works to improve the safety of the roadways throughout the regions. Operation Safe Driver was introduced by the CVSA to reduce fatalities and injuries of drivers caused by trucks, buses, and cars. As 2020 has become a year of trend changes for driving, Operation Safe Driver and the work of the CVSA is very prevalent.

Who is the CVSA?

The Commercial Vehicle Safety Alliance is a non-profit organization that works to improve driver safety through uniformity, reciprocity, and compatibility for vehicle inspections and enforcement that began in 1980 as a small coalition of western state agencies and provinces of Canada. It expanded to Mexico in 1991, making it a full North American alliance.

This group would come together to discuss common areas of need, and how to standardize the response to these needs in order to be more effective. From these discussions came a memorandum of understanding to establish more uniformity and reciprocity within the safety laws and enforcement for commercial vehicle drivers. An important aspect of the memorandum was the agencies and departments would recognize each others’ inspection guidelines of commercial vehicles and their operators and cargo.

There is now a headquarters for the CVSA in the Washington, D.C. metro area, as it has expanded its position in the support of the North American commercial transportation standard setting.

What is Operation Safe Driver?

The Operation Safe Driver program targets unsafe driving behaviors such as speeding, distracted driving, and not practicing proper techniques and measures. There are two main campaigns run by this program, “Teens and Trucks,” and “Defeat Distracted Driving.” The teens and trucks program is designed to expand on the limited information teenage drivers are given about driving near large trucks. There are safety measures to consider and best practices that will keep both teen and truck drivers safe. Materials for this program were created to be included in the existing driver education programming as an expansion.

Similarly, the Defeat Distracted Driving program is aimed at educating commercial drivers on the dangers of distracted driving, especially with texting, using content such as PSAs, flyers, and other educational resources. Research shows that truck drivers have a large number of specific distractions in the cab, so producing educational materials as well as enforcing safety laws are a top priority.

The program also hosts Operation Safe Driver Week, taking place July 12-18 this year, in which heightened enforcement of traffic safety by police officers was conducted to educate and protect drivers. This year, given the pandemic and quarantine, drivers have been committing more reckless driving offenses on the road. In Nebraska during Safe Driver Week, troopers handed out 34 citations to drivers exceeding 100 mph. In total, they issued 634 tickets to drivers throughout the week for speeding.

Reports showed that in April at the beginning of the nationwide quarantines, speeds in and around the top five metropolitan areas had increased by 75% when compared to data from January and February. These statistics show how timely Operation Safe Driver Week 2020 turned out to be.

“Safety on the road is very serious, as it can prevent many accidents that can end lives, or severely impair someone. It’s not only the driver who is placed in danger, but it is also anyone on the road around them,” says Attorney Christopher Nicolaysen of Springs Law Group LLC. “It pays to be safe and take that extra step to ensure your vehicle is ready for travel. Causing an accident can result in a lawsuit that can turn a life upside down.”

There are many recommendations to prevent such citations and warnings that come as a result of reckless driving and vehicle operation. Fred Fakkema,vice president of safety and compliance at Zonar, spoke to American Trucker about ways people can be safer on the road before even starting their trip.

Fakkema mentions doing simple things that can prevent a citation and ensure the vehicle is safe for travel. Walking around the vehicle prior to departing to check that everything is operating as it should is one way to do this. Check things like turn signals, tail lights or headlights. These small things can prevent a ticket or warning while out on the road.

Fakkema also says that while on the road, pay close attention to speed limit changes, especially near construction zones where the fines can be as much as doubled for speeding. Cruise control is a good way to monitor the speed of the vehicle and remain within the speed limit. This will again help to prevent any infractions that could result in a ticket or other possible issues. Cruise control also saves fuel, which in turn benefits the driver.

This paired with avoiding any distractions within the vehicle while driving, like a cell phone or other electronic devices and paying close attention to surroundings and speed limits, is how drivers can remain safe and prevent fatal accidents. While inspecting and maintaining the vehicle are very important aspects of driving safely, there are things the driver themselves need to be mindful of. They should always be well-rested prior to beginning a trip. Driving while fatigued can have deadly consequences. A driver should also never drive while intoxicated or under the influence of any substances. Not only is this illegal and will result in legal consequences, but it could also cause devastating accidents resulting in severe injuries or death.

Operation Safe Driver aims to protect and educate commercial drivers in regards to driver safety and regulations. Especially in a time with fewer drivers on the road, people often cut corners like speeding and not fully checking the vehicle beforehand. Operation Safe Driver, along with the CVSA’s education and work with law enforcement will hopefully reduce the number of commercial vehicle accidents and protect more drivers on the road.

Lido Learning and Innovative Homework Strategy for your children
7 Best CRM Strategies for Your Business: With the Benefits
Comment