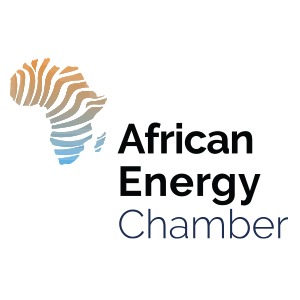 Abuja, 28 June 2021 — The African Energy Chamber (AEC) is honored to confirm the attendance of Nigeria’s Minister of State for Petroleum H.E. Chief Timipre Sylva at African Energy Week (AEW) 2021. H.E. Minister Sylva will lead a Nigerian delegation that includes executives from the Nigerian National Petroleum Corporation (NNPC) and the Department of Petroleum Resources (DPR) to AEW 2021, taking place on November 9-12 in Cape Town, South Africa. The participation of sub-Saharan Africa’s largest oil-producing economy speaks to the caliber and magnitude of the event, and follows a series of VIP confirmations in the past week alone.

Since his appointment in August 2019, H.E. Minister Sylva has played a pivotal role in not only facilitating investments into the Nigerian oil and gas sector, but also positioning natural gas at the forefront of the country’s energy agenda. Most recently, the Federal Government launched its ‘Decade of Gas’ initiative, under the theme ‘Towards a gas-powered economy by 2030,’ in conjunction with its National Gas Expansion Program, aimed at bolstering gas development for domestic use and industrialization.

Nigeria’s ‘Decade of Gas’ initiative succeeds the 2020 ‘Year of Gas’ declaration, which launched a range of projects, including the $2.8 billion, 614Km Ajaokuta-Kaduna-Kano (AKK) pipeline connecting the eastern, western, and northern regions of the country, as well as the construction of $10 billion Nigeria LNG Train 7.

The Federal Government has also reaffirmed its stance on funding for gas and fossil fuel projects in Nigeria and has highlighted that funding for these crucial projects should be sustained during the global transition to net-zero emissions.

Under H.E. Minister Sylva’s leadership, Nigeria is poised to exploit the country’s enormous gas resource potential ­– which ranks among the 10 largest worldwide and is estimated to be in excess of 600 trillion cubic feet (tcf).

Meanwhile, Nigeria’s Petroleum Industry Bill (PIB) is set to be passed by in July. This important legislation seeks to ensure an increased level of transparency and accountability in the sector and overhaul the Nigerian oil industry, while offering new fiscal incentives to investors and while restructuring the way energy projects in Africa’s largest crude producer are operated and funded.

“Nigeria intends to advocate for an Africa-centric approach to the clean energy transition – one that is able to meet our developmental goals and eliminate energy poverty, while achieving substantial reductions in global carbon emissions,” said NJ Ayuk, Executive Chairman, the AEC. “The monetization of gas resources – of which Nigeria holds 600 trillion cubic feet – will be a critical instrument for diversifying our national economies, generating regional income, boosting electrification rates and curbing gas flaring practices. AEW 2021 is a key platform to exchange best practices on transitional strategies, as well as showcase the contributions that Nigeria has made – and has yet to make – to a more sustainable future.”

Moreover, the government expects additional marginal field production to begin next year, following its second marginal field bid round which was hosted by the DPR in 2020, whereby 591 companies applied to win 57 oil fields located onshore and offshore. The new activity is expected to generate revenue of $600 million.

“Minister Sylva has been a long-time champion of Nigerian energy development, and there can be no discussion of Africa’s energy future without the presence of its leading economic and energy powerhouse. From advancing the Petroleum Industry Bill to its final stages, to successfully launching Nigeria’s first marginal fields bid round in nearly two decades, Minister Sylva has been resolute in his efforts to revitalize the oil and gas industry and unwavering in his support of a pro-African energy narrative,” continued Ayuk.

With key topics including making energy poverty history before 2030 and the future of the African oil and gas industry ­– the four-day AEW 2021 event will define and promote the African energy agenda through a series of elite networking events, innovative exhibitions, and one-on-one deal-making.

Since its launch two weeks ago, AEW 2021 has gained confirmation of attendance from an impressive line-up of government officials, top executives and industry leaders across the African energy value chain, including two of the top oil producers on the continent ­– as it pioneers a reputation for promoting Africa as the destination for African-focused events and elevating African voices within the energy transition.

For more information about Africa’s premier energy event, please visit www.aew2021.com or www.energychamber.org  and/or reach out directly to Amina Williams at [email protected]

IMS Announces Major Job Fair at Pensacola Campus for Military Spouses, Transitioning Veterans, and Members of the Public
Supply Chains Are a Top Driver of Client Demand for Professional Services in 2021, but Some Clients Still Struggle to Realize the Full Value
Comment