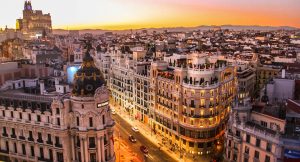 Growing Country Spain being the Fifth largest country in the EU and the largest in Europe provides a significant export hub for the UK. Numerous benefits have resulted in strong ties between the two countries.

Spain among the top destinations for UK exports

During the year ended 2019, Spain was among UK’s top ten export markets generating more than 18 billion Euros. In the past 7 years, UK exports to Spain have registered an upward trend. 93 billion in 2018.

Due to its relations with Spain, the UK has found its way to Latin American countries which are important export destinations for Spain.

The effect of Brexit

One of the biggest pitfalls of the Brexit is the need to adjust its former trading agreements with Spain and other countries in the EU. On a positive note, the UK will be more flexible as there will be no restrictions on the trade deals they can make with other nations, which implies that she can experience a boost in trade. British and Spain share very close ties when it comes to doing business. The UK will do well to maintain these ties with Spain and reach a favorable trade deal to continue to enjoy access to the Spanish export market.