We know you missed traveling a lot! Enjoy the most beautiful landscapes of the world with Vuuzle TV!

“Exotic Destinations 101” is a documentary series that explores the unknown paradises of the world. Each episode tells about the spectacular landscapes of the continent: Asia, Africa, America, Oceania, and Europe.

The largest continent in our world is Asia. It is one of the most fascinating and beautiful continents on our planet. Each country is unique and beautiful in its own way, but there are some particularly exotic ones.

“Exotic Destinations 101” lets you explore the countries of South Asia, especially Thailand, Malaysia, Indonesia, and the Philippines.  These counties are known for their rich culture and stunning destinations.

Thailand is the official name of the Kingdom of Thailand. The country is located in Southeast Asia, located on the peninsulas of Indochina and Malacca, borders on the east with Laos and Cambodia, on the south with Malaysia, on the west with Myanmar. The total length of the coastline is about 2400 km. The southern coast of the country is washed by the Gulf of Siam, southwest – the Andaman Sea.

Thailand is a place visited by lots of tourists, but people do not really look much into learning about the actual culture the people of Thailand have. Over a long period of time, the attractions of this contemporary capital city of the Kingdom of Thailand have encouraged travelers to come to visit. People have been attracted to come to the Kingdom by the exotic beauty. In early times only businessmen and traders came to Bangkok. In recent times, however, it has become a mass tourism destination.

Malaysia – a country in Southeast Asia, consists of two parts, separated by the South China Sea.

Malaysia has a lot of natural tourist destinations such as tropical islands, wonderful highlands, and others. Not only that, the three main different cultures and ethnicities in Malaysia such as Indians, Malays and Chinese can be one of significant attractions to tourists. 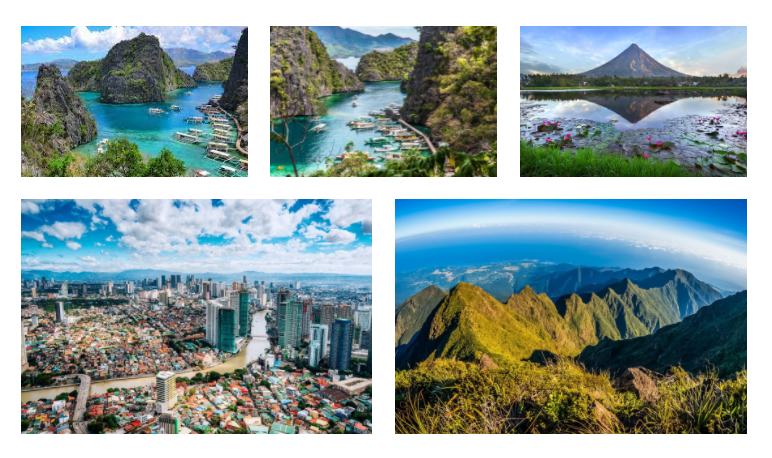 The Philippines is an island nation in Southeast Asia. The area is about 300 thousand km, of which 1830 km is water area. The state is located in the western part of the Pacific Ocean on the islands of the Philippine archipelago, which is part of the Malay archipelago. In total, there are more than 7,600 islands, but the exact number cannot be determined, because as a result of volcanic activity, new islands appear and some old ones disappear.

Where to watch the episodes of “Exotic Destinations 101”?

You can have free access to these travel-packed episodes HERE or you can also click the photo’s link below to choose for your episode anytime, anywhere!

World-class movies are available ONLINE and FREE on the Vuuzle.TV streaming platform, 24 hours a day, 7 days a week. And this without a monthly subscription and mandatory registration. Just download the app on your iOS or Android device, and you can watch it on the web version of Vuuzle.TV.

Also see tons of channels and thousands of movies all free! Vuuzle is a premium streaming service that offers live video content. Such as hit television shows, news, sports, and feature-length movies.

A1 Keto BHB In-Depth Reviews 2021: Is It Legitimate & Safe To Use?
What are the benefits of getting a good domain name?
Comment