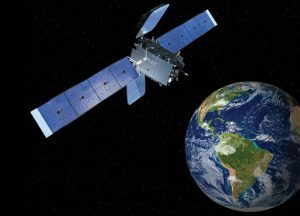 With so many different types of internet technologies out there, the one major problem is that not all of them have the infrastructure or the abilities to reach absolutely everywhere in the world. For example, DSL and cable rely on phone and cable lines, and fiber uses fiber-optic lines that are made up of tiny strands of glass bundled together, making it especially pricey and difficult to supply to areas where homes are spaced farther apart than in a city or suburban neighborhood.

Satellite internet, however, has been a huge crusader for widely-available broadband because it is available virtually anywhere that has a clear line of vision to the sky where the satellites are located. HughesNet Internet, the biggest and #1 satellite internet provider in the United States, is now taking its services global in order to garner a new customer base in other countries as well as supply more people around the world with the quality internet connection they need to live, work, and thrive.

Which Countries Are Getting HughesNet Service?

In September of 2019, HughesNet began rolling out its high-speed internet service in Mexico and other South American countries. The company’s target for its expansion was mostly the rural areas where internet access was either insufficient or nonexistent. With 1.4 subscribers in the United States already satisfied with their services, HughesNet felt that it was time to expand into places where others could benefit from broadband access. The company is also partnering with Star Group/StarGo to offer internet services for commercial & governmental purposes, which began October 1st of 2019.

Pradman Kaul, the president of HughesNet, said “We are proud to introduce HughesNet to Mexico. We look forward to helping connect the unconnected throughout the country so people can enjoy the many social, economic, and educational benefits of quality, high-speed Internet access.”

Plans in Mexico offer download speeds of 25 Mbps and upload speeds of 3 Mbps, perfect for streaming videos, browsing online, communicating via email or social media, and performing online banking tasks. Plus, customers are enjoying the built-in WiFi offered by Hughes that allows them to connect multiple devices at once to their home network, as well as the 24/7 customer service available with their plans.

The success of HughesNet’s launch in Mexico led to other expansion projects into Colombia, Ecuador, Peru, and Brazil. The expansion also went into Chile where previously more than half of Chilean homes had either no broadband access whatsoever or had insufficient internet access with service that offered speeds slower than 5 Mbps.