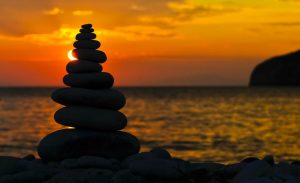 Which words can describe Johnny the Healer in the best way?

If James Bond would have a cousin, Johnny Tabaie could be it. At a glance, Johnny doesn’t remind you of a healer nor a doctor in any way. Johnny has emigrated together with his family in the US from Iran in the late 70s. During his teenage years, Johnny began to take Adderall, and stealing bikes was no secret to him either.

Spending some time in jail gave him a break from the rough life, but he did end up living on a cousin’s couch when he got out of jail. After two decades of trying to heal using Western therapy, Johnny couldn’t take it anymore. Losing both his mother and brother to conventional rehab centers, Johnny had no other thought in mind than to succeed. As the places that took his family away from him weren’t going to take his life too.

Determined to succeed, Johnny went on a quest on Google. Johnny started to meditate for 3 to six hours a day. We should highlight, once again, that everything that Johnny developed and created at The Holistic Center is the result of his passion and determination. The center is based a lot on Johnny’s personal experience.

Practicing as an energy healer for seven years, Johnny was able to build the resort entirely on his own, without having to make any loans or attract any investors. The story of Johnny Tabaie can teach us about the importance of personal experience. Being homeless, going to jail, and living in shelters or group homes and taking drugs taught Johnny everything he knows today. On the side note, many people dealing with addiction ended up becoming support counselors themselves.

Having a personal perspective on addiction helps people do better and help other people most compassionately.

Why is the Holistic Sanctuary different from anything you’ve heard of?

The Holistic Sanctuary’s mission is healing, and the unification of body, mind, and spirit is what leads to it. Once Johnny realized that his brain was damaged from alcohol and drugs, it became easier to find a way of healing. Depression, addiction to drugs and alcohol, trauma, and PTSD- they all damage the brain one way or another. On the contrary, the methods used at the Holistic Sanctuary will rejuvenate and eventually heal the brain, as they reverse the consequences of drugs, alcohol, and prescribed medication.

It’s why patients feel like they’re getting their clean and free life back. It’s because Johnny learned that once a brain works properly and you no longer feel physical pain, emotional misery of addictions or cravings, the chance for one living a healthy life is genuine. It was the commitment of Johnny to heal that made the therapies work as a whole. Everything about the Holistic Sanctuary speaks about the personal quest of Johnny to save his life and step away from addiction forever.

He’s the proof that the therapies at the Holistic Sanctuary really work.

What should one expect to experience at the Holistic Sanctuary?

Everything has a name, and Johnny named it «The Pouyan Method.» It’s going to make your brain get back to the state before one’s addiction as it activates the stem cells. The method also eliminates mold, pathogens, fungi from your body, and cleanses out the GI tract. Courses at the Holistic Sanctuary being at $20,000 and go as high as $50,000. You can benefit from the Pouyan method, but also of ibogaine and ayahuasca based treatments.

We know that not many people know about ibogaine, so we’ll fill you in. Ibogaine occurs naturally in the body, and it’s obtained from the root of the plant iboga . It’s probably one of the best tricks that Johnny has up his sleeves for his patient. Joke aside, it’s a medicine that comes back in medicine.

Defines as «entheogen,» ibogaine is a secret medicine that helps you get in touch with your inner God. The status of ibogaine isn’t clear in many countries, and the fatalities related to it are difficult to record. One thing that you’re going to experience at the Holistic Sanctuary, though, is that it’s used under professional supervision. Due to its impressive power and risks, ibogaine is cautiously used, for sure.

What do patients say about the Holy Sanctuary?

Even if you take it with a grain of salt, it’s the patient’s testimonials and all the reviews that wipe any sort of suspicion away. Many former patients agree that the Holistic Sanctuary is a holy place, and going there was the best decision ever made. Anyone feeling rock bottom or hopeless can turn the life around after benefiting the therapies and methods at the Holy Sanctuary. Unlike a conventional rehab center, you feel you’re welcomed right from the second you step foot in the center.

It makes perfect sense that the staff member goes above and beyond for making you feel comfortable, but it’s Johnny’s presence that seals the deal. It’s a process that looks like nothing you’ve experienced in your life ever before. People dealing with addiction come with little to no faith at all at the Holistic Sanctuary. Anyone who’s ever been at the Holistic Sanctuary will tell you about he/she learned how to love and feel joy and happiness once again.

How to Start the Conversation With Taking the One You Love to Rehab?
What to Expect in Healthcare for Brits in Spain After Brexit
Comment