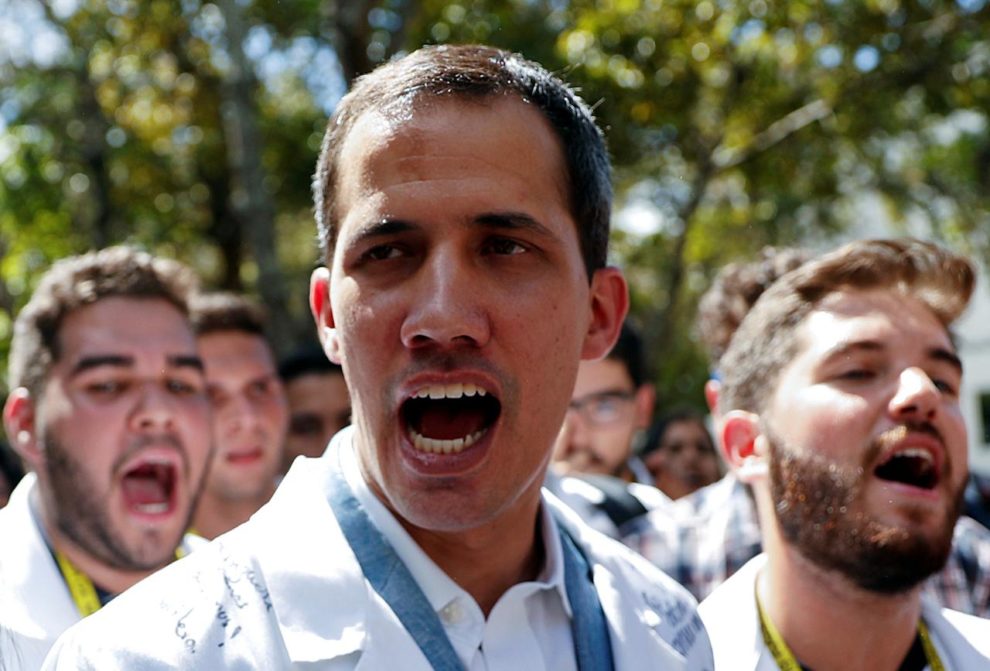 The European Parliament hopes to become this Thursday the first community institution that formally recognizes Juan Guaidó as the sole legitimate president of Venezuela, without the conditions or deadlines set by other European bodies.

Resolution of recognition, promoted by the popular group of Parliament, was seconded on Wednesday night by other groups of the House, including the Socialists, which makes the decision virtually unstoppable. The text also has the backing of the ECR group (British and Polish conservatives) and the Liberal group.

“Europe cannot be equidistant when it comes to defending human rights and democracy,” the vice president of the Popular group, MEP Esteban González Pons, one of the main promoters of the text, said during the debate prior to the vote.

Socialist negotiations were led by Ramón Jáuregui MEP, who highlighted the rejection of the text to “any attempt that may involve the use of violence in the resolution of the crisis in Venezuela, in obvious allusion to the risk of military intervention by EE UU

The text redoubles the pressure on the High Representative of Foreign Policy, Federica Mogherini, who meets this Thursday in Bucharest with the EU Foreign Ministers to try to specify the consequences of the ultimatum given to Nicolás Maduro.

EU demanded last Saturday Maduro the “urgent” call for presidential elections. And he warned him that he would take measures, including possible recognition, in case the elections were not held. But he did not set a deadline. Several countries, with Spain, France and Germany at the forefront, did warn that, in their case, the deadline would be only eight days, a period that expires this Sunday.

Parliament, on the other hand, does not grant any room for maneuver to the current regime. “If Maduro is a tyrant, we can not give him a deadline to call elections,” says Gonzalez Pons. The MEP interprets that with the text to be voted on Thursday “the European Parliament calls for a change of regime in Venezuela.” Two messages that point to the attitude of the President of the Government, Pedro Sanchez, who has described as tyrant the questioned president of Venezuela and has advocated granting him eight days to call elections.

From the socialist bloc, on the other hand, stands out Parliament’s commitment to the so-called Contact Group, an initiative promoted by Spain, among other countries, and which aims to offer international mediation to facilitate a clean presidential election. Jáuregui stresses that the resolution asks Mogherini to commit to this plan.