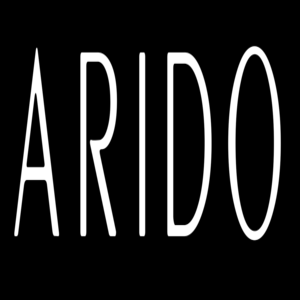 Mr. Nir Rokah attempts to extract from ARIDO and it’s brands a multi million dollar Art collection which is part of a Multi Billion Dollar Art trade deal without payment, further more Mr. Rokah menacing that he as a lawyer himself will file a overseas lawsuit with fraudulent claims against Clear Landing Capital LLC. and their associates if they deny his demands, Raphael says.

ARIDO and their brands acknowledge the significant efforts made by Nathaniel Land of Clear Landing Capital LLC. to settle Nir Rokah of NR Israel claims.

However while doing so it puts “ARIDO Billion Dollar Trade Deal” at serious jeopardy and left ARIDO and its brands with serious concerns.

Jesse Raphael, Thomas Chappell and their associates are convinced that “we the people are ultimately responsible to protect our own individual liberties that may be lost unnecessarily especially during times of crisis.”

Considering COVID-19, and its effects on the global economy for this reasons ARIDO is representing their brands interest in preserving individual liberties and serving as a counterbalance to unchecked regulatory action.

In order to restore this balance ARIDO and it’s brands are preparing the necessary paperwork to file a lawsuit.

The suit will also seek to permit ARIDO for the enormous damages they have encountered.

“While creating the ARIDO powerhouse there were many who bitterly assailed, declaring that the Art was faulty, that the works were un-artistic, that the art sought to introduce strange elements into the industry and that ARIDO desired the works to supersede the ancient masters,” says Raphael.

“Some of ARIDO opponents were animated by a spirit of true criticism, but other attacks made were partly due to personal feelings of envy,” Chappell adds.

The opposition continued for a while after Raphael’s collaboration with Chappell, but it was not long before the true character of this master works became universally acknowledged as “the old masters in the new world” Chappell adds.

ARIDO is a closely guarded secret, the world’s most exclusive and discrete Art jewelry.